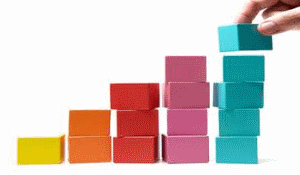 It’s clear the decks time, my first day back and probably yours too if you’re like most of us. Ever notice how you kind of launch into January with a renewed sense of enthusiasm to improve your lot, that has nearly always waned by the 10th and is a purposely forgotten idea by the end of the month.

I don’t want to sit here talking about resolutions and things to do to get through January. At PlayBlue we generally don’t really do new years pledges we have always believed in the constant little improvements that will make us better and better all year around. The idea that big changes in January will make everything alright and make you the perfect human specimen is so flawed it’s laughable. Small bites and don’t forget to chew is the only way to get there. The problem with a single large resolution is if it goes a little pear shaped which the nearly all do, then the whole thing falls down leaving you feel a little deflated and disappointed in yourself. With small regular improvements if you fail on one you pick yourself up look at what you’ve already achieved and move to the next goal.

How does all this apply to my trying to sell you more sex toys you may ask if you’re cynical?

Loads of us never use sex lubrication and I’ve been guilty in the past. But once you do, you’ll never go back. At PlayBlue we have a little motto and it nearly holds true for everything in life Everything is Better with a Little Lube

Whether you are using sex toys or not lubrication really makes a world of difference and definitely for any sex toy play or anything a little more risque Sex Lube is almost a must.

I know that as new years resolutions go it is hardly operation transformation but remember we’re sticking with the small incremental improvements every day rather than the big gesture.

Best of luck in the new year and we’re looking forward to being your online sex shop of choice for 2015.