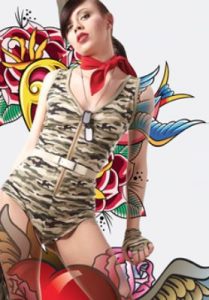 We’ve been selling the new range of Rocks Off products for a few months now and I thought it was about time we gave our verdict.

As you may know at the start of last summer Rocks off re-launched upgraded versions of all their products. They are all sleeker and much more powerful then the earlier models.

The Rocks Off range of products are built around the new 7 Speed RO-80mm bullet which is at least twice as powerful and much quieter and really 100% waterproof in comparison to the older 80mm bullet. So it is no real surprise that the newer range is a big improvement.

I have something to get off my chest about them before I continue though, I think Rocks Off made a big error by not changing the name of the products in this upgrade as it became very confusing for us as retailers and for consumers.

Anyway the new models are a vast improvement on the older ones. The packaging is much nicer and more detailed and expensive looking. The toys now feel smoother and have a quality to the touch that the older models had lost over the years with the influx of fresher competing models.

Already the 120mm 10 Speed Bullet is one of the bestselling Rocks Off products we’ve ever sold.

Initially I was worried about the price increase from the older models mainly because of the similar names and the confusion it caused but this has all washed through the system as the older stock has vanished and now the small price increase in my opinion is well worth the increased functionality and quality you’re getting.

They have definitely taken back the pure power crown with this upgrade and also with the refresh in their male toy range have probably become the best all-round maker of male sex toys on the market.

If you want raw power wrapped in medical grade silicone you won’t go wrong with Rocks Off and with their increased range and stylish branding it really has been a winner for them.