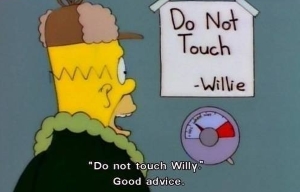 Do you not find the world is more and more confusing and seemingly a dangerous place? It can be all a little depressing and can drag you down. Well I tend to just try and ignore it all to be honest. Worrying about Trump, Brexit, Recession etc is a total waste of energy and in reality gets you nowhere. As you get older the biggest change I’ve found is that I care less and less what people think. When I was twenty I was practically paralyzed into inaction for fear of other people reactions. Now I really don’t think about it too much and I refuse to stress over thinks I can’t change.

But there are loads of things you can change and the one thing you can guarantee in this world is everything will change this includes your sex life and you attitudes to what is and isn’t something to try in the bedroom.

In the sex toy industry this has never been truer. The mind boggling selection of new products that we get offered monthly is amazing and we are constantly adding new products to our selection. But a bigger change is the more mainstream attitudes to sex toys, the likes of boots and Poundland selling cheap vibrators to sex toys popping up in TV shows all the time now. Has made the use of sex toys a normal part of most people’s sex life’s. Another big change that needs to happen is people in Ireland’s view of these.

We have a shop in Kilkenny which is not exactly the middle of nowhere I know, but also not the most cosmopolitan place in the country. I would suggest at least half the adults in Kilkenny wouldn’t be seen dead in our shop and not because they don’t want or own a sex toy but because of how ‘it might look’.

Well PlayBlue knows it happens and we will always advice you to do it alone, with your partner, to you partner whatever, it’s fun, the safest sex you’ll ever have you’ll always feel better after it.

Another thing I am particularly delighted to see is more acceptance of male sex toys, for years vibrators have been normal and a fun part of female sexual satisfaction but still there persists the dirty, perverted view of male masturbators in some quarters for some reason.